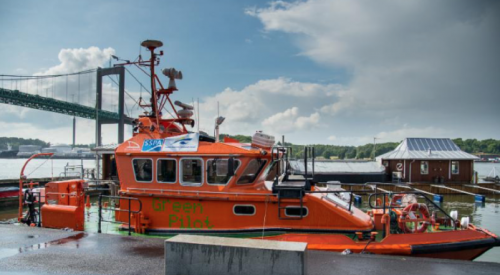 The GreenPilot Project has converted pilotboat 729 to methanol operation and successfully demonstrated biomethanol as a fuel for the smaller vessel segment. By paving the way technically and regulatory GreenPilot has opened up for a new market in clean coastal shipping and further profiled Sweden as a cutting edge player in green propulsion.

Please join us on the 3rd of May where we will close the sustainability loop and showcase methanol as a marine fuel with insights from the angle of production, safety and performance, market and long term prospects as well as the ship owner perspective.

About GreenPilot
The objective of the GreenPilot project is to demonstrate that introduction of methanol as a fuel for smaller ships can improve competitive power and reduce the environmental impact. The target group is both commercial operations and recreational boating.

GreenPilot, which began in March 2016, intends to convert a pilot boat to methanol operation to show how a methanol conversion of a smaller vessel can be carried out in practice and to demonstrate the emissions reductions that can be achieved.

Lighthouse is a neutral collaboration platform for research development and innovation in the maritime sector.